This coming weekend is the annual PGSA conference in Chicago. Two of my genealogy buddies are going (one's presenting) and it would be so easy to catch a ride with them. I know I'd have a good time and learn a lot. It's also the weekend of the annual Potato Festival in Posen (Michigan). There will be family members I've never met getting together like they do every year, without me. I'd love to go to both. I'd be happy to go to either. But I won't be going anywhere. There's another annual event this weekend that I have to attend and it keeps me right here at home for this same weekend every year. It's my son's birthday.

I asked my son if he would consider heading out to Posen to celebrate his birthday with some family he's never met at a Potato Festival with lots of Polka music. OK, so Posen is a little town (pop. 282) in the middle of nowhere about a 4 hour drive from our house. And OK, so he doesn't like and has never liked potatoes. Alright, alright, so Polka music isn't his favorite. We could still have a good time, right? He's all worked up about the fact that he's turning 16 and can't wait to get his driver's license. What's the big deal with that? He's waited 16 years. What can it hurt to wait a few more days? We can't put off the Potato Festival but he could be a good sport and put off getting his license a few more days. Yeesh. He's a hard sell ;-)

I tried to pitch the PGSA conference in Chicago as an alternative but that didn't go over well either. I don't understand how he's not excited about the seminars... "Breaking Through Brick Walls, Post Mortem Records, and Cemeteries: Look High & Low, Above and Below" just to name a few. They sound great to me but when I try to talk to him about them he just rolls his eyes. Go figure. He did offer to go along to Chicago if I took him to a Bears game (his favorite NFL team). The problem is the Bears are playing in Green Bay this weekend (not that I could afford scalper's prices for tickets to a Bears game even if they were at home).

So once again I'll be missing the PGSA conference and the Posen Potato Festival so that my son can celebrate his birthday with family (he knows) and friends, with rock music instead of Polkas, and pizza instead of potatoes. Would someone please nominate me for the "good mom of the year" award? It seems like I should be honored for the sacrifices I make on my son's behalf. 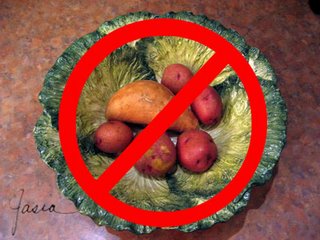