My cousin Ray KALINOWSKI died last week. I will eulogize him by reflecting on how I met him and how I will remember him.

To begin with, I'll explain how I came to know Ray. Ray was my 3rd cousin, once removed. Until I joined the Polish Genealogical Society of Michigan, I never knew he existed. Even after I'd joined the group I didn't know he existed. It wasn't until I'd been a member for several years and had become actively involved with the group that I was made aware of him by someone in the society who had been helping Ray with his research. This person recognized the name of the village in Poland that Ray was looking at records for as one that I was looking at records for. It was a very small village. The village of Podborze (The site is in Polish. I only wish I knew what it says) had about 65 houses and 248 inhabitants at the time that our ancestors immigrated to the U.S. We were also researching the same surname, LASKA. Not too much of a stretch to figure that we were related.

Ray and I were provided with each other's email addresses and it only took a couple of emails between us to determine that his great grandfather and my great great grandfather were brothers. We were both thrilled to have made a connection and over the next 4 years we saw each other occasionally at meetings but had mostly an email relationship (which suited both of us well). Ray had actually been to Poland to visit our ancestral village which was fascinating to me. And I was able to help Ray with some sources he hadn't been previously aware of. It was a good relationship for both of us.

I'm not sure why neither one of us suggested we take our relationship farther and actually meet each other's families, but we didn't. The possibility never even came up in conversation. All we ever discussed was our family tree. I suppose we were just content to have the special relationship that only the two of us shared... our quest to discover our same roots.

Ray was a genuinely nice guy. He was a gentleman of the old school, the likes of which you don't see much today. He opened doors for women, shook hands when he met people, and was very gracious. I will always remember how engaging it was to look him in the eye. He was warm and friendly and had a very optimistic outlook towards his genealogy research. When he met with the inevitable "brick wall" he felt challenged rather than discouraged. It was a joy to know him.

I was devastated when I found out he had died. Not only had I lost my cousin, but I'd lost my partner in the quest, and I'd lost a friend. I knew I had to go to the funeral home and meet his family. I soft of felt like a stranger though because truthfully I didn't really know much about Ray, and I knew nothing about his living family. I berated myself for not asking Ray more about his personal life when I could have. Oh, how often we genealogists do that... the regrets that come from the questions not asked.

I was accompanied to the funeral home by my friend V and her husband. And that was a good thing because it made me feel less nervous. I introduced myself first to Ray's wife and then to his son. Both of these people could not have been more warm and welcoming. And to my relief, they both remembered Ray speaking of me and how much he enjoyed our meetings and correspondence. Suddenly I didn't feel like a stranger anymore. We shared a brief conversation and then they had to move on to greet their other guests. But I was very glad to have met these two people who I also share the family tree with.

I couldn't help but wish that I'd spent more time with Ray, asked more questions, listened to more stories. Ray must have known I'd feel that way. He had written special instructions for how his funeral was to be conducted and those instructions included printing out copies of his memoirs which were set out around the room as were several displays of photographs of Ray and the special people in his life. As I wandered around the room, I learned about Ray's life. So many of the questions I never got to ask were answered. It was a lovely tribute to this man's life. I was so appreciative to have this last chance to know Ray. Sometimes we do get a second chance.

OK, so maybe Ray didn't write his instructions with just me in mind. But he probably knew that we would all think of things we wanted to ask him after he was gone. Anyone who has researched their family history for any time at all can identify with that. And he was just the kind of considerate gentleman that would see to it that he addressed as many of our questions as he could. He understood.

His memoirs weren't professionally printed and bound. They're just plain text printed on his home computer. No fancy borders. No photos. They aren't even finished. But that doesn't matter either. What matters to me is that I walked away from the funeral home having said good-bye to Ray and carrying his life story with me. A story that answers many of those questions I never got around to asking.

I learned an important lesson from Ray too. I've learned that it doesn't matter how I write my life story or my family history. When it comes right down to it, it's the content that matters not the format. This is an issue I've struggled with over the last few years... how to write my family history. Last year I wrote it in a novel (which Ray was very enthusiastic about) but I never got around to editing it. This year I've been having second thoughts and considering a more traditional, fact-filled document for the other branches of my family. Maybe I'll do them all or maybe I'll just type some pages up like Ray did. And no matter what I do it will be OK. 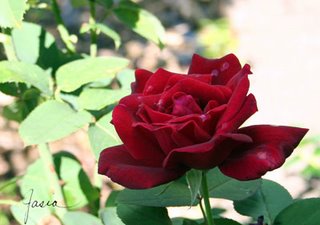