All four of my grandparents were from Poland. One was from the Russian partition of Poland and the other three were from small villages within 30 nautical miles of each other in southern (Galicia) Poland. They were all about the same age and immigrated to the U.S. about the same time (early 1900s). They all came to Detroit and never moved from here. All of their children were born in Detroit, moved to suburbs of Detroit and never moved away from there. Their grandchildren (my cousins) who were all born in Detroit or the suburbs, stayed in the suburbs and never moved away from there (well, for the most part anyway... I do have 1 cousin out of 50 of us who lives out of state).

I've written a novel based on the life of my grandfather from the Russian-held section of Poland. As far as the other three grandparents' lives are concerned, I can write pretty much the same history for all three of them (in terms of historical events in their lives, the geography of where they were from, the socio-economic setting, etc.) and just change the names and dates of the characters. They were all the same religion, they were all poor farmers who were descended from generations of peasants, they all came to America because they were all hungry and poor and had no future in Poland.

These three grandparents of mine all came to Detroit because they already knew someone here. They all struggled to learn the English language but none of them ever really mastered it. They all lived on the east side of Detroit at first then moved to the west side of the city. They all struggled through the roaring 20's and the great depression. They all sent their sons off to WWII. They all ended up better off than their family members who stayed in Poland. And they are all buried in the same cemetery.

I've managed to take each of my four grandparents' families back to mid 1700s in Poland which was when they started keeping records for the peasants (records for nobility go back much farther but not for the peasants). I don't know how to go back any farther. After I got through the last "brick wall" in my research and found the village and family records of my 4th grandparent, it sort of took the wind out of my sails. I was essentially done. No more quest to discover who my ancestors were. No more need to search for more databases or other resources. Right after the last "happy dance" I got pretty bored with the talk on the genealogy message boards and the new web sites springing up didn't give me much of a thrill. It was definitely a big let down.

After a while, I decided to try to "put flesh on the bones". I had lots of names and dates and places but didn't really know much about my ancestors beyond that. So I began collecting information about the villages they were from and the history of Poland in general. But that didn't do much for me. I couldn't seem to get the passion back. Then someone suggested I look for living family back in Poland. That sounded like fun and a potential way to find out more about who my ancestors were as people.

So my next direction was to seek out family in Poland. That was definitely a challenge and I got some of the passion back. I was very successful in finding relatives from three of my four grandparents' families in Poland and to this day I still keep in contact with them. If anything, finding and meeting them was even more fulfilling than my original genealogical research was. I learned a lot about life in Poland then and now. But where do I go from here?

I've taken my genealogical research back as far as I can go. I've located family in Poland and "put flesh on the bones" of my ancestors. I've written the family history of one grandparent and the other three will all have much the same books. Once I write their story, I'm done. There's nothing more for me to do and no way to continue the hobby with the same passion I once had. Oh sure I could pick an ancestor by marriage (not direct line) to research and add some more names to the tree but I just can't find it in myself to care about them the same way I care about my family. Adding names just to add names doesn't interest me.

I'm procrastinating about writing up the last of my family histories because once I do, I'm done. And facing another let down. It's like finishing a good book. The ending is bittersweet because you're happy to find out how it ends but you're sad that it's over. That's where I'm at. As long as I don't finish writing up my family histories I can always tell myself that I'm still trying to "put more flesh on the bones" of those I haven't written about yet. I've been in this "space" for a couple of years now. Sort of a holding pattern. I don't want to give up the hobby but I'm finding it harder and harder to stay engaged in the process. It's not holding my interest like it once was. But I've enjoyed it so much I don't want to let it go either.

So what's next? Are any of you out there in my same space? Have those of you who are currently facing that last "brick wall" wondered how you'll feel when you've conquered it? For those who are in the midst of their research, do you wonder what hobby you'll take up next when your genealogy research is done? For that matter, how do you know when you're done? At what point does genealogical research just become adding more names? How do you define the "end of the line"? How much flesh do you add to the bones before your ancestors are all obese? When is it time to let go and move on? 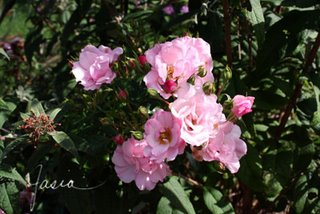