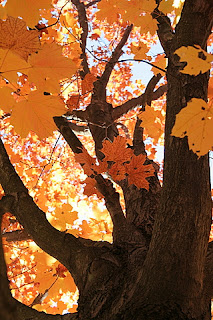 Sometimes you read a blog post and it really hits home for you. It strikes a cord. That happened to me a short time ago when I read Jessica's post, Genealogy and History Thoughts - Column Three. In this post, Jessica asks several thought provoking questions and wonders if children would find studying history more interesting if their own family history was made a part of the lesson plan.

I found myself reflecting back to the days of my youth and my memories of various history classes/lessons. I was never a big fan of history for a number of reasons though I always excelled at studying it. Most of the history classes I remember required a lot of memorization... dates, locations, a lot of military battles, politics, treaties, and documents. I did well because rote memorization came easily to me. The subject matter I couldn't have cared less about. It was boring and distasteful. Too many battles, not enough human interest stories.

When I got into college, my feelings towards history improved somewhat. I was able to take history classes that interested me... Women's History, History of Music, History of Art, Greek Mythology, etc. I never cared about battles or treaties but I found culture and sociology fascinating. I read Gone With The Wind (yep, not until college) and I could finally visualize the flames of the Civil War. I read Dr. Zhivago and the Bolshevik Revolution felt cold, stark and lonely. It was fiction that first got me interested in history, not history teachers or history text books. But I still wasn't hooked.

After college, when I had more time for leisure reading, I was introduced to historical romances by my sister in law, Liz. I only read a few before I was hooked. I read historical romances almost exclusively for about 20 years. I learned way more history from those historical romances than I did in any of my history classes, including college. I learned about the Revolutionary War, the Civil War, Victorian and Regency England, lots about the Native American culture, Pirates of the Caribbean, the Alamo, the San Francisco Earthquake, turn of the century New York, the Alaskan wilderness, and farm life on the Great Plains. In the midst of human suffering, love, passion, betrayal, and jealousy, I learned about American and World History. It wasn't the least bit boring either ;-)

Let me just say for the record that if you haven't read historical romances you shouldn't be too quick to sneer at calling them history lessons. You might be surprised at how much research the good writers put into their books. They take their craft very seriously.

So I was "hooked" on history for a good many years before I started researching my own family history. But it wasn't until my first visit to the church where both my maternal and paternal grandparents were married (in Detroit) that I experienced that moment in time when I felt the connection to history that Jessica wrote about... "where history became something more". For me it was a sensation of belonging to a much bigger family than I had ever imagined before... the family of man. It was as if my place in history was crystallized in that moment. "History became something more" to me at that moment. It became personal.

Until that time, I'd read about history in a disassociated, unconnected way. Even when I was reading the most compelling historical novel, I connected to the characters but not to the history. It was someone else's history, after all. Not mine. My ancestors weren't in Elizabethan England, the Dry Tortugas, New England, Dixie, or the wild, wild, west. It was like sitting in a theater and watching a play. I wasn't a character in the play, just a person observing the play.

I don't remember if I came up with the original thought on my own or if my mother or father might have suggested it to me (I suspect the latter). But from the time I was young, still in grade school, I knew that America's history wasn't my history. Back then, in the 1960s, my earliest ancestor had only been on American soil for a little over 80 years. My maternal grandparents had only been here 50 years. My history wasn't here in America, it was in Poland.

My parents had a great deal of pride in their Polish heritage and they would often point out to me that the United States of America was a young country. "They have churches in Poland that are older than this country!", they would tell me. And they were right, in a way. Of course what they were referring to was the signing of the Declaration of Independence when America became an independent nation, not the Pilgrim colonies or the indigenous Native Americans.

How much of Poland do you remember from history class?

No, I didn't learn much about it either. You might remember that WWII started in Poland but you probably don't remember that a lot of WWI took place there too. You may remember the Holocaust and associate that with Poland's history. And then there's Copernicus, Madame Curie, and Pope John Paul II who were Polish. Anything else? (No, Polka's aren't a part of Polish history. They're a Polish-American phenomena. ;-)

I remember waiting and waiting to get to that part of my high school history class that dealt with Poland because that would be my history. But when we got to it, it was just a couple of paragraphs mentioned in passing. It was such a let down for me.

Back when I was in grade school I remember very clearly wanting to be able to come home from school and tell my mom what I had learned about Poland. But I never got the chance. When we studied Europe I kept waiting for the opportunity to tell everyone in my class all the wonderful things I knew about Poland. But Poland never got mentioned. If we would have done a unit on family history so that I could have connected what I perceived as my history to world history it would have meant the world to me. Instead, I ended up not "connecting" until 35 years later. Kinda sad. But hey, some people never make that connection so I consider myself lucky just the same.

And now, when I think of this great country of ours, I think of Janice, Bill and Chris and the tall, stately oak and maple trees I associate with New England. I think of Terry, Lori, and Denise and weeping willow trees and dogwoods of the south come to mind. I can't think of a long, lanky palm tree without thinking of Randy and Susan. And thoughts of Steve and Craig bring the California redwoods to mind. And then there's footnoteMaven, Miriam, and DearMYRTLE ... I see the towering pines I associate with the pacific northwest. And what is my place in this American forest? I see myself as a little sapling linden tree. I have roots here, but they are shallow ones compared to the other trees in the forest.

And the little girl who wanted to learn about Poland and run home and tell her mom will continue to research her Polish ancestors and share what she learns with the forest.
Posted by Jasia at 12:50 AM