Christmas Music Through The Years 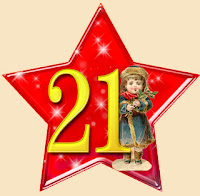 I can't imagine Christmas without music. My earliest memories of Christmas include singing Christmas carols at church on Christmas Day. Hark the Herald Angels Sing, Joy to the World, Silent Night, and the First Noel were standards we sang in church every Christmas. I remember thinking that more people sang along in church when we sang Christmas carols than at any other time of the year. They probably did, because they knew the words by heart.

I never sang in the church choir. The truth is, I can't carry a tune. I like to sing and I'm one of those people who sings out loud to the songs on the radio, but only when I'm alone. At my parents' house we only had two Christmas record albums that I can remember. One had a purple label and I think it said Motorola. I don't specifically remember the label on the other album but I think it was RCA. Both albums had a variety of Christmas songs and I played them over and over again for many a holiday season.

My all time favorite American Christmas song is Silver Bells. Whenever I hear that song it brings back a special memory for me. What I remember is walking with my mom on a snowy winter night. We were walking down Military Street toward Duvall School in Dearborn. I remember looking up at the streetlights and thinking the snow looked just like it does in the plastic snow globes. Silver Bells was playing over loudspeakers... or maybe we were singing along to the car radio and we weren't walking at all. It's funny how I can easily call the memory up but at the same time it's quite vague. I don't know if this really happened or if I dreamed it. This wasn't our neighborhood. I don't know why we would've been there. I don't know if Dearborn ever had loudspeakers playing Christmas songs. But the scene comes to mind whenever I hear that song and I get a happy feeling all over. Strange, eh? Here's a picture of the area taken in the daytime. 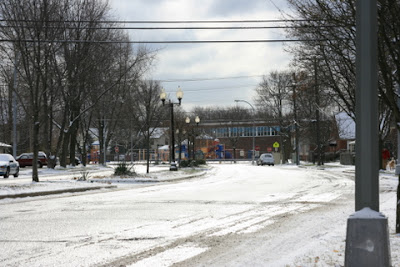 When I was in the eighth grade a new girl moved into the neighborhood. Her name was Valerie and she became my best friend through high school. Valerie had the voice of a songbird (she went on to sing the National Anthem at major sporting events). I made the mistake of going caroling with her exactly one time. She sang beautifully and I tried the harmonize. It was a disaster! LOL! We earned a good bit of money that evening but I'm sure it was given to us out of pity!

When I was in college at the University of Michigan in Ann Arbor I heard the Messiah performed live for the first time. It was very moving. I have a recording of the Messiah on CD and I listen to it at least once each holiday season. 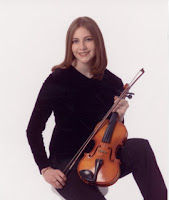 Christmas carols on the radio when I drive around the city. But the Christmas music I've enjoyed more than any other was the Christmas concerts I went to when my daughter played in various orchestras. My daughter took up the violin in the seventh grade and that was the year she played in her first Christmas concert. Naturally, she was terrific! She continued to play the violin through middle school and high school and I never missed a one of her concerts. Besides the school concerts, she also played in a regional youth symphony orchestra, and with the Southern Great Lakes Symphony Orchestra during her high school years. Later, she played in the Eastern Michigan University Orchestra. I never missed one of those concerts either. Without a doubt the most beautiful Christmas music I've ever heard was whatever and wherever my daughter was playing.

Polish Christmas carols (koledy) have to have the second place in my heart when it comes to holiday music. I was first introduced to them in 2001. I had recently started attending Sweetest Heart of Mary Church in Detroit, a Polish parish that has maintained it's ethnic flavor for the more than 100 years it has been in existence. It was also the year I discovered my family members living in Poland. They sent me my first Polish Christmas music CD. I fell in love with the beautiful haunting melodies even without knowing what the words meant. I have added several koledy CDs to my collection over the years (I just got 2 more this week!) and I treasure the sounds of the songs my ancestors sang in their churches, in their homeland of Poland, on Christmas.

[The Advent calendar number graphic used in this post was created by NicNic at the NBK blog.]
Posted by Jasia at 8:05 PM