The Christmas That Wasn't 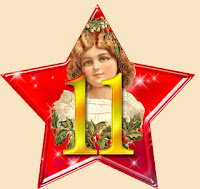 Since for us Christmas was about being with family, and all of our family was in the area, there was no reason to travel at Christmas. So we never went anywhere... until the Christmas of 1974 that is. That was the year that my dad died. He died in mid October, a little less than 10 weeks before Christmas.

My mom decided that we should all go away for Christmas because if we stayed home we would all have a very sad Christmas thinking of dad and missing him. She was right of course but this was so completely out of character for her and for our family it caught me completely off guard. I'm not really sure how much input my brothers had in the decision. I was away at school, living on campus at U of M, so I wasn't a part of the decision-making. When I went home for Thanksgiving I was told we were going to Florida for Christmas. I'm sure my jaw must have dropped. Florida? As in sunshine and palm trees? I thought for sure I must've been dreaming.

My Brother Jerry had a friend who lived in Boca Raton near Ft Lauderdale. We were invited to stay with their family. The plans were made and I was told that we would be leaving as soon as I got home after my last final exam. And that's just what happened.

I'd pulled and all nighter studying for my last exams and packing up the stuff from my dorm room that I needed to take home over the holiday. I remember being absolutely exhausted by the time the last exam was finished. I don't remember the drive home but I got there somehow. I pulled up in the driveway of my mom's house, rested my forehead on the steering wheel and thought, "thank goodness I made it home". They must've been watching for me. My mom and brothers were ready to go. Jerry started up his van (a Dodge maxi-van, conversion) and my mom came and got me. She escorted me right into the back of the van while my brothers unloaded the stuff from my car to my mom's house. With that, my mom and my brothers piled into the van and off we went.

I fell asleep instantly. They woke me up in Kentucky when they stopped for gas. I got out and visited the rest room then got back in the van and went to back to sleep. The next time they woke me up we had just crossed over the Florida State line and we were stopping for orange juice!

We had a lovely time in Florida. It certainly didn't seem like Christmas. None of us were sad and I don't think we thought of dad very much. We didn't talk about him all. We spent the week enjoying the beautiful warm weather, swimming in the backyard pool, and generally just hanging out. We toured Cape Canaveral and Disney World (which was only 3 years old at the time).

The thing I remember best about that vacation in Florida was driving the strip in Ft. Lauderdale. My brother's friend and his wife had a brand new red Mustang (Mach One I think) convertible with black leather interior. It was the sweetest thing on four wheels. I know my jaw dropped when they handed me the keys and suggested I might wanna take a drive along the Ft. Lauderdale strip, check out the guys, and catch some rays. I thought I had died and gone to heaven! I drove that car down the strip and felt like some kind of celebrity. I was turning heads left and right… Everybody was envious of that car. I had so much fun driving and snapping a few pictures shown below I never did stop and get out of the car to catch the rays on the beach (I did check out the guys though ;-) More than touring Cape Canaveral or Disney World, cruising the Ft Lauderdale strip in that car made my Christmas that year.

We didn't open gifts. Our trip was our gift to each other. We did eat a Christmas dinner I'm sure but I don't remember it. I can't tell you anything about going to church on Christmas either. I'm sure we must have done those things but I have no memory of them. I do remember arriving back home in Michigan and feeling like it had all been a dream. It wasn't like any Christmas before or since. It was the Christmas that wasn't. 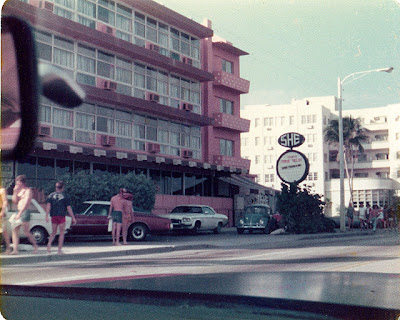 A radio station on "The Strip" in Ft. Lauderdale. I must have passed this a half a dozen times while I was crusin. But did I think to take a picture of the hot car I was driving? No! 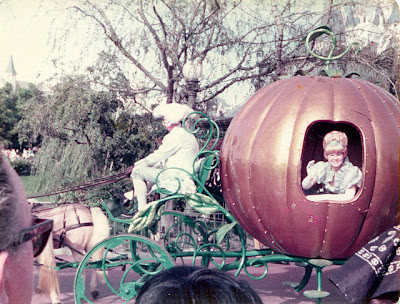 Here's Cinderella in her coach. This was in a parade at Disney World. 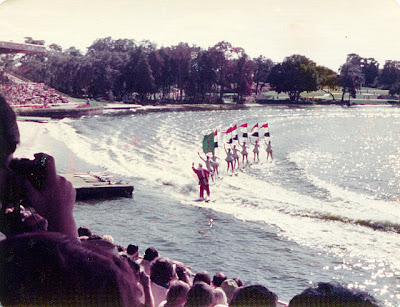 A water skiing show at Busch Gardens (I think). Only in Florida would Santa be caught on water skis!