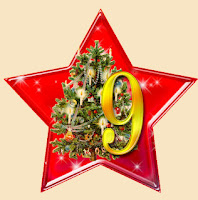 I don't remember going to any holiday parties when I was a kid. Our family never hosted one either. However, as an adult I've gone to lots of Christmas parties!

Way back in the late 1970s I worked at Heublein Inc. for a couple of years. This was immediately after I graduated with my bachelor's degree and before I went on for my master's degree. I had an office job as a clerk in the shipping department. For those of you who are not familiar with Heublein Inc., they made and sold all kinds of great booze including nearly 100 brands of spirits, wines and imported beers, (Smirnoff Vodka, Jose Cuervo Tequila and Black Velvet Whiskey among them).

Now mind you, it was a different day and time. So keep that in mind as I tell my story. Back in those days the office staff was invited to the hospitality room every month or so for a couple of hours of "hospitality". Generally it would be on a Friday at about 3:30 or 4:00 PM. We were allowed to stroll on in and taste the products to our hearts content (or as much as we could consume before they threw us out). The December hospitality hour was always the best because people would bring in lots of munchies and mixers and the room was always festively decorated with holiday lights. The managers took turns as bartenders and we never ran out of product! Can you say wild parties? Yep, we had some humdingers! (Heublein, Inc. was bought out by the British conglomerate, Grand Metropolitan, in 1987 and no longer exists.)

Fast forward to the mid 1990s. My husband worked at a company that had its headquarters in Grand Rapids Michigan and its main office in the Detroit area. I don't know who but somebody decided the thing to do was to have one Christmas party for the whole company each year. The parties were rotated between Detroit, Grand Rapids, and Lansing which was just about halfway between Detroit and Grand Rapids. We always enjoyed the Lansing and Grand Rapids parties the best because we'd leave the kids behind with grandma and stay the night at one of the downtown hotels. The company was quite generous. The parties were always lavish with great food and music. The cities and hotels were always aglow with holiday lights and music and we always had a wonderful time. There's something about going out of town during the holidays… different sights and sounds then you're used to, festive holiday lighting, it all sort of makes for a magical experience (alcohol doesn't hurt either ;-) I have the most fond memories of those Christmas parties.

I don't have any photographs from the Heublein parties to share with you. I did take a few pictures but they're all of other people who probably wouldn't want their faces seen on the Internet.

I do have a few pictures from one of the Christmas parties in Lansing. But I can't imagine that you want see me as a party girl. It would ruin the nice staid image you have of me as a genealogist ;-)

[The Advent calendar number graphic used in this post was created by NicNic at the NBK blog.]
Posted by Jasia at 12:59 AM