Who Owns the Missing Amber Room? 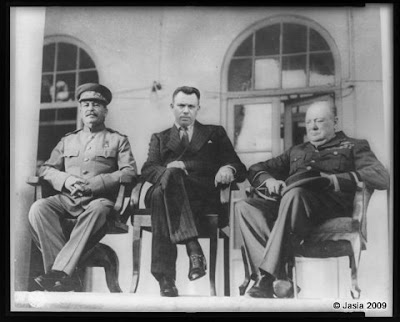 Joseph Stalin, Vincent Lisowski, and Winston Churchill shown at negotiation meeting, 1943
What a find! I was going through a box of photos in the basement when I came across this photo of my grandfather, Vincent Lisowski, along with Joseph Stalin and Winston Churchill. As if that wasn't amazing enough, there was a note on the back indicating that it is the only evidence of the three men meeting together to negotiate the gifting of the "8th wonder of the world", the famed Amber Room, (originally owned by Russia but at that time held by Germany) to Poland. It went on to say that if the Amber Room was ever recovered (it remains a mystery to this day) it would be given to the people and government of Poland in reparation for damages done to that country by the Germans and Russians in the early days of WWII. 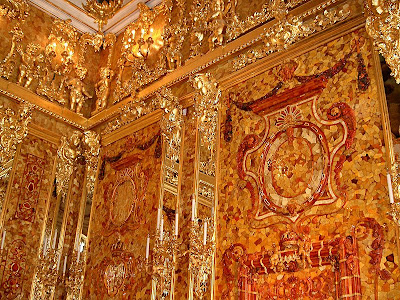 I guess I'm stuck here. If photos aren't reliable then maybe the photo I found in the basement is not what it appears to be. Could it be nothing more than a cruel hoax?