Reflections on Faces of America 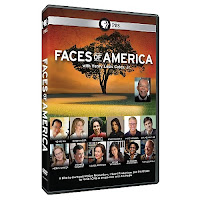 I watched the show Faces of America on PBS last night. I enjoyed some of it and some of it seemed a bit dry to me. I wasn't expecting high drama or excitement but I was expecting it to keep my attention. It didn't entirely do that for me. I was interested in the family histories of Yo-Yo Ma, Eva Longoria, and Kristi Yamaguchi, not so much in the others who I'd never heard of before.

I read some reviews written by other genealogy bloggers and it seems that opinions were mixed on this show. What I haven't read and would like to read are reviews written by those who have not yet been bitten by the genealogy bug... the group I suspect this series was aimed at. I invited my husband to watch the show with me but he wasn't biting. He has no interest in genealogy whatsoever. However, he did offer to watch the show over the weekend and let me know what he thought. I haven't told him my opinion because I don't want to influence him but I'm betting the show isn't compelling enough to hold his attention or pique his interest in family history.

I will say that I thought overall the show was well done. However, I'm not sure it was effective at hooking in viewers for future episodes. I'll watch the next episode but I'm not sure there was enough in the first episode to captive my husband and those like him who aren't family history fans. I'll leave a comment to this post after  my husband watches it and let you know what he thought.

Did anyone else watch the show with someone who isn't into family history?
Posted by Jasia at 10:29 PM