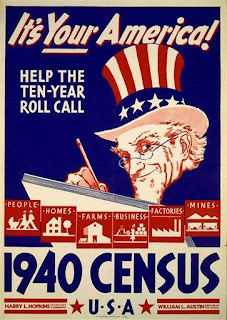 Right after I downloaded the images for the 1940 Census ED for my father's family, I did the same for my mother's family. I wasn't looking for any particular information for this family but what I learned from the census record I found amazed me.

At first I was a bit disappointed that my Aunt Helen was the person designated as the one providing the information. I was really hoping it would be my grandmother. But upon further refection, it was probably better that it was Helen. My grandmother spoke very broken English and I'm not sure how well she understood the spoken word.

As the census record indicates, my mom and her sister Helen and brother Sigmund all completed the 12th grade. I knew this so it came as no surprise. The surprise for me was seeing the educational level of my grandparents. Grandma Sophie completed 8 years of school. I don't know what I expected to see here because I have no idea what school options were available to her in the village she came from in Poland. It is a bit sobering to think that someone with only an 8th grade education would leave her family and friends and immigrate to a foreign land (at age 19) where they didn't know the customs or speak the language. My hat was off to her long ago for her bravery, now I'm saluting her, bowing out of respect, and shaking my head in amazement at how well she survived and prospered in this foreign land given her meager education.

Even more astonishing to me was the educational level of my Grandpa Wicek. FIVE years of schooling! This explains some things, raises new questions, and makes me all the more admiring of him. He was the president of one of the city's largest baking companies of the time. How did he do it with so little education? He didn't speak English and he could barely read. I recently listened to an audio recording I made of my mom several years ago. On that recording she talked about reading the newspaper to her father. I assumed she did that because he couldn't read English. It never occurred to me that he might not have been able to read much at all. Now I think that might have been the case. Wow. How he became such a successful entrepreneur is beyond me. Long hours, hard work... sure, sure. That goes without saying. But you can't build a baking company by just spending long hours kneading bread.

Here is a scrapbook page I created of my mom's family with photos taken as close to the year 1940 as I could find. 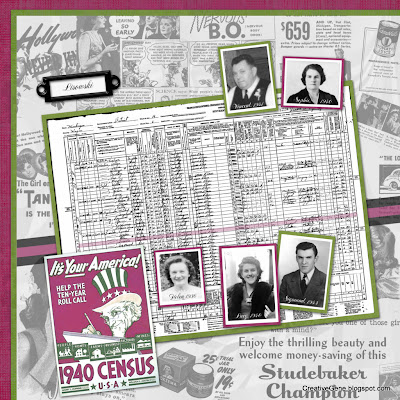 I've created scrapbook pages for other family events from the 1940s. Those will be coming up next...
Posted by Jasia at 7:00 AM