A Tribute To My Maternal Ancestors, Part 1

Let's start with an introduction. The Ladies Pałka are the women I share my mtDNA with. This is my maternal line of ancestors including my mother, her mother, her mother's mother, and so forth going back about 20,000 years or so. The surname, Pałka (pronounced "pow-ka"), is Polish and it means stick, cudgel or club. (Don't mess with these ladies ;-) I affectionately refer to these women I share my genes with as The Ladies Pałka in honor of Małgorzata Pałka. She is the last in my line of maternal ancestors who there are written records for. Pałka is my matriname. Now, let's meet the ladies...

Lucyna (1918-2007)
Lucyna was the first generation of The Ladies Pałka born in the United States. She was born at 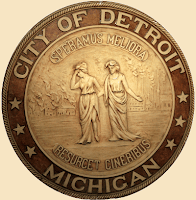 the tail end of the Great War (WWI) and grew up in Detroit, Michigan. She had her share of good times and bad. While a young child in grade school her immigrant parents ran a successful neighborhood bakery. It was during the Roaring Twenties which was a prosperous time for Detroit and its residents. Her family was blessed with good fortune. But the Great Depression came along at the end of 1929 and put an end to economic prosperity. Lucyna graduated from the 8th grade when the economic depression was at its worst (1932) and graduated from high school in 1936 when the economy was just recovering.

After high school Lucyna worked first as a clerk/teller at the Federal Reserve Bank in Detroit, and then as a typist for the R. L. Polk Company (publishers of the well known city directories). She married in the midst of WWII (1944) and had three children, passing on her mtDNA to 2 sons and a daughter. She worked at home for R. L. Polk for many years (her version of a home office consisted of a typewriter on a stand in the kitchen) until after her husband died in 1974. Then she worked full time for a local district court as a court clerk until her retirement in 1983. She sent a son off to the Vietnam War in 1968 and welcomed him safely home in 1970. She marveled at man's first walk on the moon in 1969, computers in the home in the 1980s, and cried over the events on 9/11. She enjoyed dancing, gardening, sewing, family history, and spending time with her grandchildren.

Zofia (1894-1970)
Zofia was born in Wojnicz (pronounced "voy-neech"), Poland during a time of relative peace but 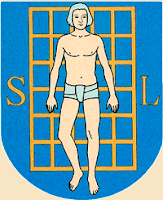 certainly not prosperity. Just a year after her birth, the village of Wojnicz (population at the time was about 1700) had a major fire that destroyed much of the village. Fortunately her family did not live in the village but on a nearby farm so their home was not effected. The farm was a small one, not large enough to support the family. When recruiters from a steamship company came to town in 1913 (Zofia was age 19) her parents decided to send her to America. Her mission was to earn money and send it back to them for support.

Zofia made the voyage to America in November of 1913. She went directly to Detroit, Michigan and lived the rest of her life there. She never saw her parents, brothers, or youngest sister again but she did sponsor her two other sisters and they joined her in Detroit in 1920. When she first arrived in Detroit, Zofia worked as a seamstress. Then she married in 1916 and together with her husband they started a bakery in a west side Detroit Polish neighborhood. Zofia gave birth to 2 daughters and 1 son while maintaining her career as a businesswoman. She worked alongside her husband at the bakery and when the bakery incorporated she served as the bakery's treasurer. Zofia learned to drive a car when her husband bought a Model T in 1925. She became a citizen in 1940, 20 years after women in the U.S. were given the right to vote. She worried over her family back in Poland during WWI and sent her son off to fight among the allied forces in WWII. She lived to see the invention of refrigerators, automobiles, and television. She loved dancing, gardening, and sewing.

Anna (1862-1941)
Unlike her mother before her, Anna was born a free person in Wojnicz, Poland. But the family was very poor. Her father was a farmer who owned a house with a small piece of land and garden and probably a small stock of farm animals. Her mother died when she was just 2.5 years old and she was raised by her father and his second wife. She probably attended the new school in the village which was built in 1869-70.

Anna married at the age of 26 and had 6 children, 4 daughters and 2 sons. Three of her daughters were sent to America and her other three children remained in Poland. She no doubt lived in fear during WWI when the city of Wojnicz received heavy artillery fire from the front lines of fighting at the nearby Dunajec River. There was partial destruction to historic św. Wawrzyńca (St. Lawrence) catholic church (built in the mid 1400s) where Anna was baptized, married, and attended Mass. Also heavily damaged were the brewery on Zamoscie street and a steam mill. She celebrated the war's end with her fellow citizens when it was announced in Wojnicz on May 5, 1918.

Halina (1823-1865)
Halina was born into serfdom in Wojnicz, Poland which means her marriage (in 1844) was almost certainly an arranged one. Peasants' lives were not their own and were primarily dictated by their manor lords. A typical working arrangement for peasants was as such: Those who owned a cottage got 18 acres each and paid their dues by laboring six days a week for the lord of the manor with a team of oxen and a wagon or plow. Tenants typically had six-acre lots each and paid their dues three days a week laboring with hand tools such as a sickle, hoe, or spade. Laborers only had huts and were not bound to any dues at all. They were hired on a daily basis as needed by others who required help to meet their dues. Everyone had to first serve his labor to the manor house each day and then work his own land at night. Sundays were reserved for the Lord as decreed by the Catholic church. Overseers were appointed by the manor lords to insure that everyone did their share. Slackers and the sickly were beaten and if they did not perform up to expectations even after beatings they were ejected from their dwelling and another family was installed in it. It was not a pleasant life.

In 1846, a couple years after Halina was married, peasant revolts against manor lords took place on a national level throughout Poland. Locally, at the Palace Dąbski, villagers from Wojnicz assisted insurgents in breaking up a meeting of conspirators which resulted in the arrest of the palace owner and the parish priest. As a result of the many peasant uprisings, serfdom was abolished in Poland in 1848. But just as in the case with emancipation in the U.S., it was quite a few years after freedom was granted before the peasants were able to adjust to having free will and working to get ahead rather than just subsist. Halina and her husband had 5 daughters before she died at age 42.

Agnieszka (1800-1870)
Agnieszka lived her whole life as a peasant-serf in Wojnicz. Her life was one of serving others, first her parents and the Lord, then her husband and the manor lord. She lived at a time when craft guilds came to Wojnicz, a school opened in the village, and city life was expanding as commerce in the area grew. It appears that she may have had her first child (daughter Halina) out of wedlock but then married the child's father some years later. Arranged marriages were the norm back then and she would have needed the approval of her parents as well as the manor lord for the marriage to take place. She and her husband had three more daughters together.

The growth of the town of Wojnicz was curtailed in 1852 when railway lines were being drawn and built in Poland. The people of Wojnicz feared having the great locomotives coming through their town and turned down the opportunity to have rail service. It was a mistake that the people of Wojnicz came to regret. There is no rail service to Wojnicz to this day. If Agnieszka rode a train in her lifetime she would have had to travel to Tarnów (12 km away) to do so.

Małgorzata (1754-1840)
Małgorzata (Pałka) was born before written records were kept on peasants in the area of Wojnicz. She was married before that time as well. Records began in 1784 and the birth/baptismal records of her 5 children, 3 daughters 2 sons, indicate that they were all legitimate births. So it's safe to assume that Małgorzata was in fact married. Her death record indicates her age at death was 86. Her birth year was derived from that information. I consider it an approximation with no means of verification.

In 1752, around the time Małgorzata was born, the parish church in Wojnicz (built in the mid 15th century) was destroyed by fire along with the town hall. By 1754 a new church was erected in the village. The baptismal font from the original 15th century church was saved and installed in the new church which was built in the Gothic style. Małgorzata may have been baptized at that font in either the 15th century church or the replacement Gothic-styled church depending on whether she was born before the fire or afterwards. Or, she may also have been baptized at the other church in Wojnicz, św Leonard, which was built in the 16th century.

The City of Detroit seal was from a photo of mine taken at the Detroit Historical Museum [http://www.detroithistorical.org/]

The meaning of the surname "Pałka" is from Fred Hoffman's, Polish Surnames: Origins and Meanings. Published by the Polish Genealogical Society of America in Chicago, Ill. C. 1998.

Information on serfdom in Poland was from, From Serfdom to Self-Government, Memoirs of a Polish Village Mayor 1842-1927 by Jan Slomka. Translated from Polish by William John Rose, PhD. Published by Minerva Publishing Co. of London, England. C. 1941.

Information on Polish village society after emancipation was from, The Nation in the Village, The Genesis of Peasant National Identity in Austrian Poland 1848-1914 by Keely Stauter-Halsted. Published by Cornell University Press in Ithica, NY. C. 2001.

I used a variety of sources for researching my ancestors from Wojnicz. My primary source was the microfilmed records available for the parish of Wojnicz from the LDS Church. I also had documents obtained from the parish in Wojnicz and the government records office there. There is also a good bit of family information handed down included here and more recent and much appreciated information from Jacek Redźko of RedBoom1.com .
Posted by Jasia at 9:24 PM