Last week was a vacation week for me. It amounted to a "staycation"... stay-at-home vacation. I didn't do much traveling but I did enjoy several nights of staying up late, sleeping in every morning, going on a few photo shoots, partying, and celebrating the 4th of July with friends. I made a point of avoiding my computers as much as possible :-)

I started off hosting a graduation party for my son at a local park. We had a great turnout and it was wonderful to have my family and friends together again. I made a display poster consisting of 6, 12"x12" scrapbook pages that I think of as "mother's revenge". It has a slew of photos of my son in school-related activities from preschool through high school. He hated it, of course, which made me smile with glee. I took a few photos at the party so I have more digi-scrapping to do. And we all made more family history together. :-)

Later in the week I visited the Gilmore Car Museum in Hickory Corners, Michigan. My intention was to find and photograph some of the models of cars that have a place in my family history. I should have called ahead before making the 2 hour drive. If I had I would have been informed that due to a wicked storm the night before, the museum grounds were entirely without power. The museum was still open and running on auxiliary power but there was no running water and the barns where the cars are displayed were only dimly lit. :-( 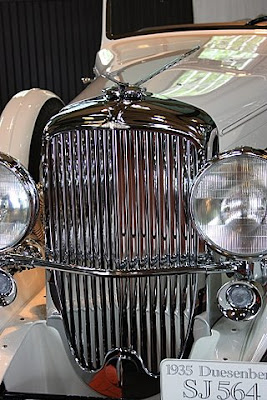 I wasn't able to find the model of Duesenberg that my grand uncle owned or any of the other cars our family owned but I did see and photograph some pretty awesome cars. This museum has cars from the early 1900s right up to and including the muscle cars of the late 1960s and early 1970s. Their biggest selection is the "classic cars" of the late 1920s to early 1940s. They were just fabulous! And the Gilmore has the most extensive collection of mascots (aka hood ornaments) you can imagine. They think it's the biggest collection in the world and I have no trouble believing that. There must have been more than a thousand of 'em!

The book I ordered, Keep It Real: Everything You Need to Know About Researching and Writing Creative Nonfiction

, came in but I haven't started reading it yet. From the helpful and appreciated comments I've received on this blog it seems that I will not be able to use my second novel as the basis for my family history. I guess it isn't exactly creative nonfiction. Bummer. I think my new book will still be a valueable read though.

I spent the 4th of July at a friend's party. It's always nice to be surrounded by good friends and good food. 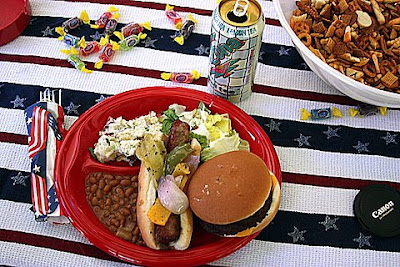 The 5th of July was spent in Detroit photographing and shopping at the Eastern Market where my ancestors shopped. I also visited the constantly improving and expanding Riverwalk along the Detroit River. While I was there I came across the Jonas Brothers who were the focus of a throng of media cameras at the foot of the GM headquarters building. I was able to take in a bit of the Earth, Wind, and Fire concert going on at Ceasars Windsor Casino across the river. The sound carried amazingly well over the water. 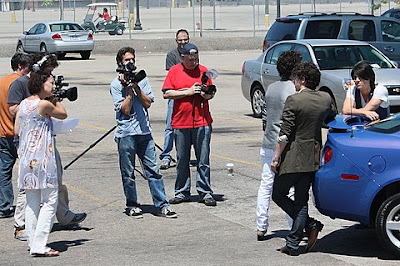 I spent a good bit of yesterday playing with my photos. I'm finding my new camera a bit challenging to work with. It's requiring some tweeking to get pictures I'm happy with. But I'm working it!

This next week I'll begin working on my family history in earnest. I'll keep ya posted on my progress.