The Polish Catholic Churches of Detroit, St Stephen / Mary Mother of the Church 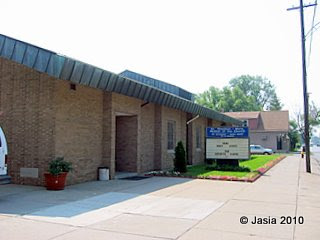 The school was operated by the Felician Sisters. In 1985 the elementary school had 220 students.

The school is now closed.

For more information about this parish, visit the Archdiocese of Detroit web site.

Some information from, "The Polish Roman Catholic Churches of Metropolitan Detroit" by PERC. c. 1985. Used with permission from Michael Krolewski, editor.
Posted by Jasia at 2:45 AM