Holiday Lights In Our Neighborhood 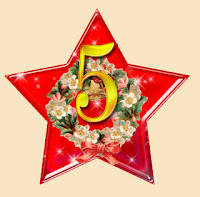 There always seems to be one house in the neighborhood that stands out from all the rest when it comes to holiday lighting. In the neighborhood I grew up in that house belonged to the Alexanders. They lived across the street and three houses south of my parents' house.

As neighborhoods go, ours was always pretty well decorated. Not every home had holiday lights but most of them did. The houses were small and close together. Virtually all were three bedroom bungalows. A couple strings of lights go a long way on little houses.

When I was a kid everybody had the old large tulip shaped bulbs on their house. Then in the 1970s, when I was a teenager, virtually everybody switched over to the "Italian lights" as they used to be called. That change was prompted by the energy crisis. Personally, I always liked the large old bulbs better, but then I wasn't paying the electric bill.

I can remember my dad and brothers getting the ladder out and stringing lights on our house. Later when I was a teenager and my dad was ill, my mom bought the Italian lights and just put them around the windows on the front of the house on the inside. We had a big picture window in the living room where the Christmas tree was put up. You could see it quite well from the outside and it added nicely to our outdoor lighting.

Our house didn't have the most lights in the neighborhood or the least. But what we had suited our house.

I wish I had a photo of the Alexander's house but unfortunately I don't.

About 15 years ago (I'm guessing on that number) the Wayne County Park system started what they call the Lightfest along Hines Drive in Western Wayne County. It's the largest drive-through light display in the midwest with over a million lights covering 4.5 miles. Every other year more lights are added. We've taken our kids every year since it started (until recently... they go with their friends now ;-). We'd always wait until the night of the first accumulating snowfall to make the drive because the lights look so much better in the glistening snow. We'd listen to Christmas songs on the radio and often take along some hot chocolate to make the evening complete.

Last Saturday evening we got our first accumulating snowfall so I headed out to Hines Drive to make the drive and take a few pictures to share with you. Unfortunately, the snow turned to freezing rain about half way through but the pictures don't look too bad. I took some video too but it lost a lot in translation so I'm not including it. This year was an "add" year and boy did they ever add the lights! Holy Moly and Gadzooks too! The end of the Lightfest is a real illuminated extravaganza. Anyone in the metro Detroit area reading this... go see the display this year. The end of the drive (East of Telegraph Rd.) is totally awesome. The traffic really backs up so be prepared for the 20 minute drive to take an hour or more.

[The Advent calendar number graphic used in this post was created by NicNic at the NBK blog.]
Posted by Jasia at 4:09 AM