I've been meaning to digi-scrap my parents' relationship for some time now. The Smile for the Camera carnival gave me just the impetus I needed to sit down down and make it happen. Here are the four phases of my parents' romance in pictures... 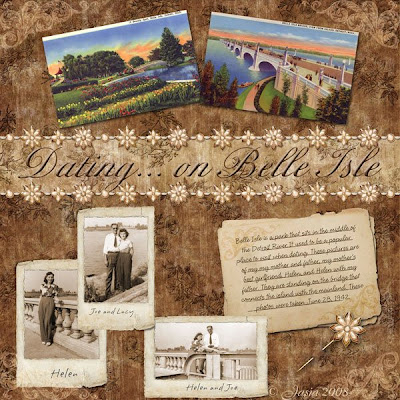 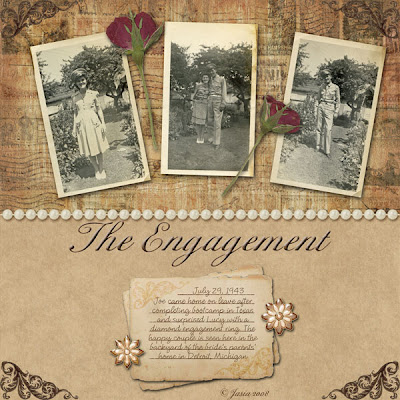 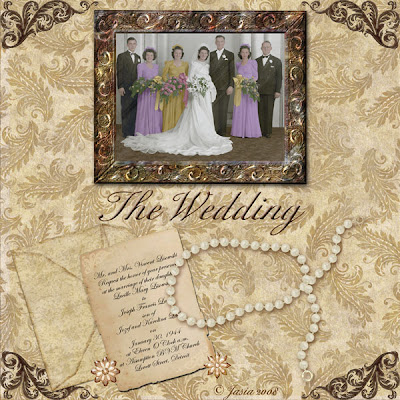 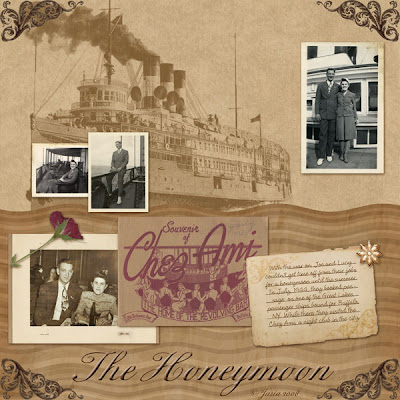 The kit I used for all four pages is called "Family History", created by Julie O. The two colored post cards on the first page are from an online site featuring old postcards of Detroit. The bridal party photo (third page) was originally a black & white photo that I colorized according to the description of the flowers and dresses from an announcement in the newspaper of the day. The image of a steamship on the last page is a Photoshop "brush" I created from a photo of a ship called "The City of Detroit". It was one of the passenger steamer ships that used to cruise the Great Lakes. I'm not sure if this was the particular ship my parents took to Buffalo or not but it was one of three ships I could find that did travel that route in 1944.