The Polish Catholic Churches of Detroit, Our Lady Queen of Heaven 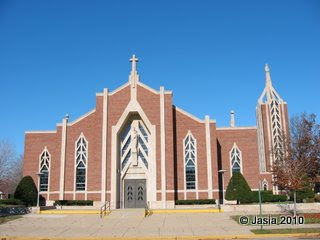 The parish is located in what was considered as the early affluent Polish neighborhood.

The Polish Daily News had its office about two blocks from the parish church.

For more information visit the Archdiocese of Detroit web site.

Some information from, "The Polish Roman Catholic Churches of Metropolitan Detroit" by PERC. c. 1985. Used with permission from Michael Krolewski, editor.
Posted by Jasia at 1:09 AM