Memories of My MC

My “MC”. That’s how I affectionately referred to my baby. It wasn’t the first car I owned (I wrote about that one here), it wasn’t brand new when I got it, but it was the first car that I got to choose. I bought it when I had my first full time job after getting my undergraduate degree. It was 1978, and I was tired of driving ole beater cars.

I saw it parked in a used car parking lot as I was driving by one day. It called to me. “Come take me for a ride!”, it said. “Oh, the fun we’ll have together!” It was beautiful, bright blue metallic paint with a white vinyl landau roof. This was back in the days when cars still had chrome on them along with white walls on the tires. It was big and luxurious and it didn’t have any rust or dents. It was a 1974 Chevrolet Monte Carlo and I wanted it bad.

My girlfriend Karen was with me when I first saw it. We stopped in at the used car lot and talked to the salesman. I sat in the car and fell in love with it. But I knew better than to buy a car from a used car lot without having it looked over by someone who knew their way around under the hood. It just so happened that I have 2 older brothers who loved to tinker with cars. One brother always said no to me and the other always said yes. I called the one who said yes when I got home and he agreed to go back with me to check it out, but not until the next day.

I worried all night that someone would buy that car before we could get back there, but no one did. It was parked in the same place the next day and still calling to me when I returned with my brother. He checked under the hood, kicked the tires, etc. and pronounced it in pretty good shape. We took it for a test drive and I was sold. My brother said the price was higher than what I’d have to pay if I bought it from a private owner, through the newspaper classifieds, but I didn’t care. I was young and impulsive and I had to have that car!

I wanted it and I bought it. I don’t remember the details of how much I paid for it or if I paid cash or financed it, but I remember the joy I felt when I got the keys and drove it off the lot. I finally had a car I could love! 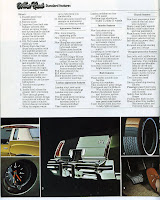 My MC and I had a love affair that lasted for several years. Many a Friday or Saturday night it took my friends and I out to dinner or to our favorite local nightspots, sometimes cruisin' along Hines Park. Monday through Friday it took me to work when I was working and to school when I was schooling. I felt so classy and stylish when I drove that car. I have some great memories of that car but none more vivid than one particular trip to Toronto.

My friend Karen and I would occasionally (every few months) decide to make a quick weekend trip to Toronto, Ontario. These were most often spontaneous trips that we’d decide on Thursday evenings or sometimes even Fridays after work, so little or no planning. We’d get a craving for one of our favorite restaurants or feel the need to do some shopping on Yonge Street and we’d be off. The drive up the 401 highway was a little over 4 hours from Detroit, mostly depending on how long we’d have to wait to get through customs at the border (the Ambassador Bridge).

Our favorite time to go was in the summer or early fall when we could drive with the stereo up and the windows down. We’d listen to the latest Bob Seger or Bruce Springsteen albums (on cassette tapes) or another of the latest rock bands featured on the radio stations at the time. It was wonderful “girl time” when we could talk for hours, uninterrupted, about guys, girlfriends, family squabbles, and current events.

When we got to Toronto we’d check in at a local motel, grab some dinner (who cared if it was 11pm?) and then get some shut-eye so we could get up early to shop. More often than not, we’d head back home late Saturday evening after a full day of shopping and hanging out to save the cost of a second night in the hotel. We were young and easily stayed up into the wee hours of the night back then.

It was one such trip in my MC that gave me my vivid memory...

Karen and I were heading back from Toronto on the 401 with the stereo cranked and the wind blowing through our hair when we first noticed the ground fog. It wasn’t all that much at first but the farther we drove the thicker it got. It didn’t help that it was pitch dark outside either. There were no cell phones back in those days, no GPS systems to get traffic or weather updates, and we were far enough out in the boonies to not be able to pick up a local radio station to advise us on travel conditions.

Before long the fog was so dense that I couldn’t make out the other cars and trucks on the road and we both got really nervous. I had a hard time even seeing the lane markers. I’ve never been in fog that dense before or since. We decided we’d have to stop for safety reasons but exits on the 401 are few and far between. We debated whether to pull off to the side of the road or try to make it to the next exit. Our speed was reduced greatly, I don’t remember just how slow but it felt like we were just creeping along. We were afraid if we pulled off to the side we might get hit by someone who couldn’t see us so we kept going. And going. Fortunately, there weren’t many vehicles on the road that night because the conditions were really dangerous.

Just when our nerves were getting the better of us we saw a road sign, “Rest Stop 1 Mile”. Or it might have been in kilometers back then, I’m not sure. It was right at the time that Canada was going through metric conversion so I don’t remember exactly. Anyway, we were very relieved to have finally come to an exit. Still, that was one very long mile to drive. 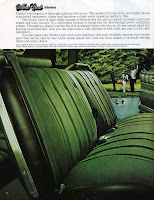 Once we exited to the rest stop we pulled into a parking area and breathed a huge sigh of relief. We made a quick run into the restroom and didn’t see a single other car or person along the way. It was really eerie. We got back to the MC and in a very short period of time we started to get sleepy. I’m sure it was the after effect of the adrenalin rush we’d experienced with our nerves being on edge all the while we’d been driving. I’d always wished my MC had bucket seats except that night. That night I was grateful for the bench seats because they became our beds for the night. Karen slept on the back seat and I stretched out on the front seat and in no time we drifted off to sleep.

I remember opening my eyes to full daylight but we were in shadow. I was confused. I looked around and up and saw a man looking down at me. I totally freaked out. I screamed and Karen woke up. We had slept with the windows cracked so they weren’t fogged up and we could see clearly. What we saw took us a moment to process.

During the night, while we were sleeping, every semi truck in Ontario must have pulled off at that rest stop. We were boxed in by trucks. The man looking down at me was sitting in his cab having his morning coffee and grumbling about the kids in the car below. He was parked so close we weren’t sure we could get the car door open. The truck on the other side was almost as close. It turns out, we’d parked in the truck lot of the rest stop without realizing it. Hey, there were no trucks there when we pulled in! But that explained why the truck driver was grumbling. We didn't belong there.

It’s hard to believe that we could have slept so soundly that we didn’t hear multiple semi trucks pulling in around us, but we didn’t. Karen and I sat there for a few minutes taking it all in and debating what to do. We had to use the restroom but we didn’t want to ask the truck driver to move his truck. I decided that I had no choice but to try to back out very carefully. Just when I started up the MC the grumbling truck driver put his truck in gear and backed out. And immediately afterwards the guy driving the truck on the other side of us pulled out. It was then that we got a better view of the parking lot. It felt like we had landed in the middle of Truck City... semis as far as we could see.

Not wanting to stick around that scene, I pulled out and gingerly made my way through the lot and around to the other side of the restroom building where cars were parked. We made a quick stop in the rest room and headed back out on the 401. The sun was shining and once we stopped for Cokes at the next exit, and were awake enough, we laughed and laughed and laughed about the night we spent in my MC. It was one of those situations that wasn’t funny at the time but looking back it sure gave us a good chuckle.

The truth is, we were pretty darn lucky those truck drivers didn’t plow into us when they pulled in. They couldn’t have been able to see any better than we could when we pulled off. The Good Lord was watching over us, that’s for sure.

I kept my MC until 1982 or 83 when I had to sell it. It was hit several times in a short period of time (on Detroit freeways) and it looked like I’d been playing bumper-cars in it. It was a sad day when I had to say good bye to my MC. It was replaced with a little white Chevy Citation, economical but not much on style or luxury. 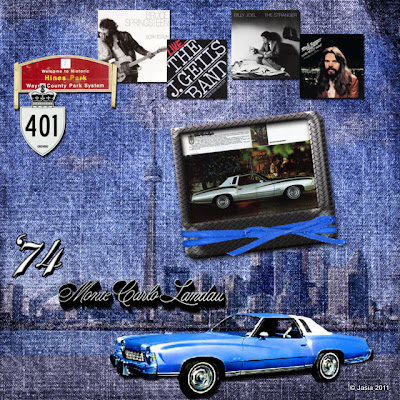 [I did an online search for 1974 Monte Carlos and came across a brochure that tells about all the wonderful options and details. The gentleman who photographed the brochure was kind enough to let me share the images above. Thank you, Mark! You can see the whole brochure here.]
Posted by Jasia at 3:02 PM